Sticker Find a Way or Make One Full Color 3" About the Heraldic Shield

Below, our heraldic shield illustration goes into greater detail about the Spotter Up Shield logo. 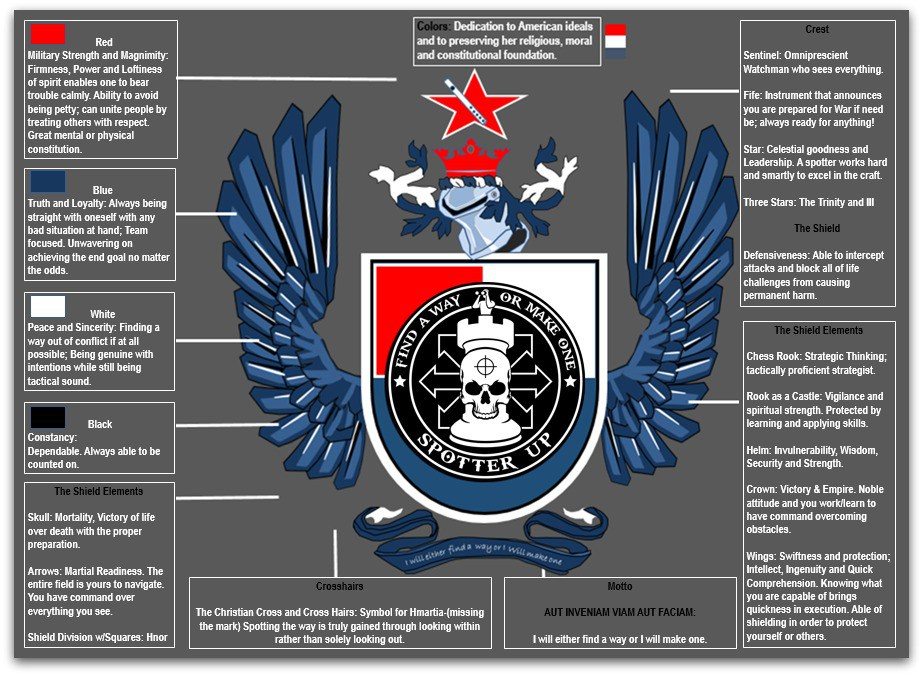